Hollywood screen writers, producers and directors are always on the lookout for that next intriguing story which will not only capture the imaginations of cinema goers and streaming viewers, but which will tap into a certain cultural trend.

One cultural trend that is certainly showing no sign of going away anytime soon is that of online gaming, with the fledgling entertainment industry already bringing in more revenue than music and movies combined.

It is therefore no surprise that lots of directors and producers always have an open ear when it comes to new movie ideas that are in some way connected to online gaming. Here we take a look at the specific games that movie makers go back to again and again – knowing that at the very minimum a horde of loyal gamers will head out and pay to watch the movie they have crafted.

When online gaming first burst onto the scene, there were many experts and industry insiders who believed that the games of the future would be graphically impressive 3D titles, replete with open worlds that could be explored, and which could offer gamers limitless possibilities and adventures.

While this has been the case to some degree, few people managed to predict that classic games of the past such as chess, blackjack, and Scrabble would all have a major online renaissance. This has largely been due to online providers making games accessible and easy to play on sites and mobile apps. But playing blackjack online or joining a Scrabble tournament on your phone is also being driven by the fact that popular movies are keeping such games firmly in the spotlight. Some of the recent movies that have been inspired by classic games include 21, Queen of Katwe, and The Card Counter, but there are countless others which have either set the box office alight or have done well in indie movie circles. There is no doubt that plenty more blackjack, chess, and Scrabble movies will be launched in the near future.

See also  Russian maneuvers on the coast of Ireland. Fishermen have set up a protection zone

Hollywood is rife with movie franchises, with producers and directors always eager to join the relentless gravy trains that are Star Wars, Marvel and James Bond. The same is true in the realms of online gaming, where once a game’s publisher or developer realizes they are onto something good, they milk it dry. This is obvious in the sheer number of remakes that have featured popular gaming characters like Super Mario, Sonic the Hedgehog, and Donkey Kong, with there being plenty more besides.

Never ones to miss a trick, Hollywood studios have figured out that there are plenty of lucrative synergies to be made between online gaming and film. This has led to a huge rise in the number of movies inspired by video games. There really are too many to list here, but some of the games whose movie series continue to churn out sequels and prequels include Tomb Raider, Resident Evil, and Mortal Kombat. 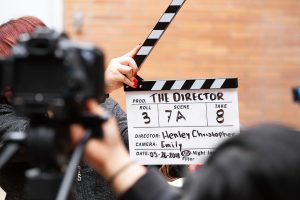 Movie Documentaries About the Business of Online Games

While most people you talk to will know all about those movies that are directly inspired by online games, there are other movies that exist about the making of video games which tend to fly under the radar.

These mainly come in the form of documentary-style movies, which give incredible insider knowledge about the companies and individuals who power the creativity that is behind the world’s most popular games.

Some such movies, that any avid gamer should check out, include Indie Game: The Movie and Atari: Game Over. As the heads of such studios become famous in their own right, it can be expected that lots more of these movies will be released later down the line.

See also  The first such decision in history. The European Union will buy arms and hand them over to Ukraine