The FTX logo with cryptocurrency is displayed with a $100 bill for illustration. FTX has filed for bankruptcy in the US, seeking court protection as it looks for a way to return funds to users.

The embattled crypto exchange FTX could have more than one million creditors, according to a new bankruptcy filing, indicating the huge impact of its collapse on cryptocurrency traders.

Last week, when it filed for Chapter 11 bankruptcy protection, the FTX indicated that it had more than 100,000 creditors with claims in the case.

but in Updated deposit Tuesday“In fact, there could be more than a million creditors in Chapter 11 cases,” the company’s lawyers said.

In such cases, the lawyers said, debtors are required to provide a list of the names and addresses of the 20 largest unsecured creditors. However, given the size of its debt, the group instead intends to submit a list of its 50 largest creditors on or before Friday.

Over the past 72 hours, FTX’s lawyers wrote, FTX has been in contact with “dozens” of regulators in the United States and abroad. These include the US Attorney’s Office, the Securities and Exchange Commission, and the Commodity Futures Trading Commission.

This year has seen a slew of crypto companies fail, including Celsius and Voyager Digital, as they struggle with plummeting digital asset prices and the ensuing liquidity issues.

In past bankruptcies, traders on these platforms have been categorized as “unsecured creditors,” meaning they will likely be behind a long line of entities seeking repayment, from suppliers to employees.

Before its collapse, FTX offered amateur and professional traders to invest in cryptocurrencies as well as more complex derivatives trades. At its peak, the platform was valued at $32 billion by investors and had more than 1 million users. The company’s failure had a chilling effect on the industry, as investors sold their positions and moved money off the exchanges.

On Monday, the CEOs of Binance and Crypto.com sought to reassure investors about the financial health of their businesses. Binance’s Changpeng Zhao said his exchange saw only a slight increase in withdrawals, while Crypto.com’s head, Chris Marsalek, said his company had a “very strong balance sheet”.

FTX entered bankruptcy on Friday as concerns about its financial health led to an increase in withdrawals and a drop in the value of its original FTT token. Sam Bankman-Fried, the founder of FTX, has stepped down as CEO and was replaced by John J. Ray III.

FTX initially turned to Binance for a rescue deal, but that collapsed when Binance retracted reports of mismanagement of client funds and an alleged US government investigation into FTX. Over the weekend, FTX took a beating obvious cyber attack This resulted in the theft of more than $400 million in tokens. 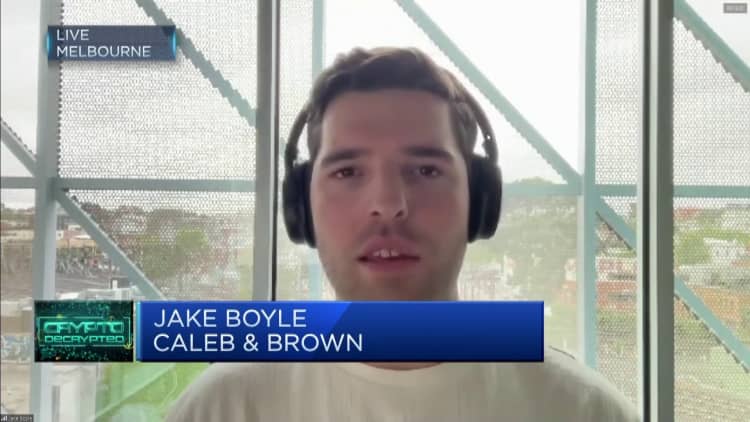 “FTX faced a severe liquidity crunch that required filing these cases on an emergency basis last Friday,” lawyers wrote in the filing on Tuesday. “Questions arose about Mr. Bankman-Fried’s leadership and handling of FTX’s complex asset pool and the companies under his management.”

CNBC reported On Sunday, FTX sister company Alameda Research borrowed billions of client funds from the exchange to ensure it had enough liquidity on hand to process withdrawals.

In general, mixing and trading client funds with counterparties without explicit consent is illegal, according to US Securities Act. It also violates FTX’s Terms of Service.

Bankman-Fried declined to comment on the allegations but said the company’s latest bankruptcy filing was the result of issues with a strong trading position.

“I think it’s increasingly clear, even at the most basic level, that this kind of overlapping interests between a market maker and an exchange is highly unethical,” Jamie Burke, CEO and founder of Web3-focused venture capital firm Outlier Ventures, told CNBC. .

The thread ended Tuesday with the sentence: “10). [NOT LEGAL ADVICE. NOT FINANCIAL ADVICE. THIS IS ALL AS I REMEMBER IT, BUT MY MEMORY MIGHT BE FAULTY IN PARTS.]”