The Queen’s last summer was one of the happiest of her life in recent years, hosting a group of family and friends at Balmoral.

Her highland possessions – each lilac-colored bough filled with memories of her beloved Philip – were a great source of comfort after the hardest times.

A source with close ties to the royal family recently told me that she did not have any chronic conditions. Another said, “She lost a lot of weight and was feeling all the aches and pains that a 96-year-old would expect and had terrible problems with her feet.”

But there is no doubt that Her Majesty’s sudden weakness and deteriorating health came as a shock to many around her.

Moreover, the loss of her husband of 73 years as well as the drama surrounding Harry and Meghan’s bitter departure from the family and deeply disturbing allegations circulating about Prince Andrew have taken ‘deep emotional tolls’ over the past two years.

An insider recently told me: “Her Majesty has always been aloof, but you can see with your own eyes the emotional toll this has taken on her. It brought her a lot of grief and it wasn’t an easy time.

However, when the Queen arrived in Balmoral at the end of July—first moving into the smaller and more comfortable seven-bedroom Craigowan Lodge on the Royal Deeside, before moving to Balmoral Castle a mile away on August 9—the highland air seemed to bring a sense of comfort. and rest.

The Queen was accompanied by a handful of loyal servants who vowed to stay with her until the end.

SERVICE LIFE: The Queen, with her cane and a bruise on her hand, smiles on Tuesday as she receives outgoing Prime Minister Boris Johnson and his successor Liz Truss. 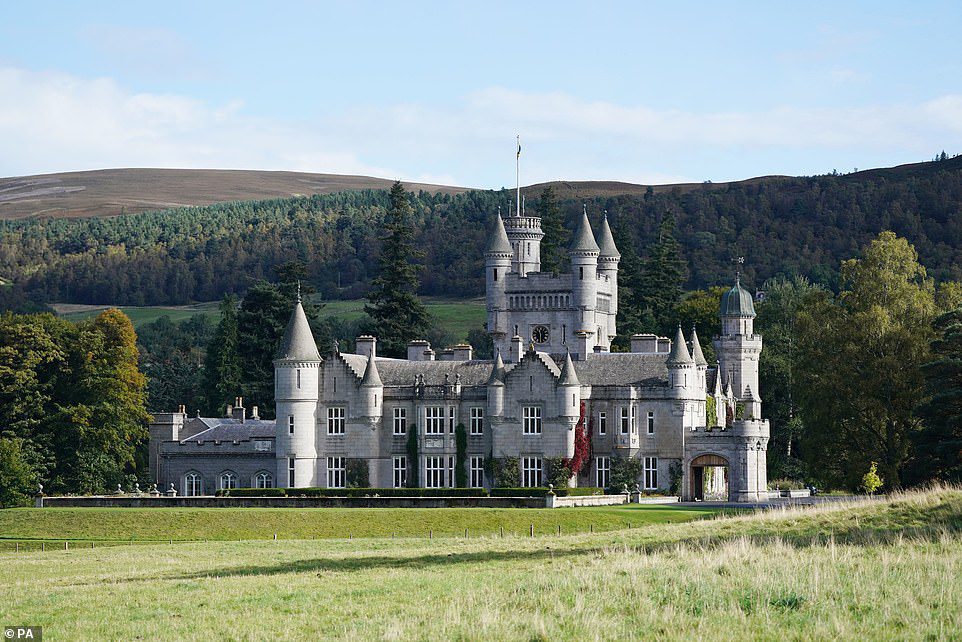 Beloved Bulthol: Balmoral Castle, where the Queen spent her last hours, was a great rest for her during her life

Her 6-foot-4 in her Backstairs page Paul Whybrew – ‘Tall Paul’ – and Barry Mitford, her sergeant at arms, were with her, as always. The two men were her usual companions, bringing her Racing Post every day and sitting with her to watch her favorite sport on TV.

Also at her side was Angela Kelly, the daughter of a docker in Liverpool, who rose to become her right-hand man with the title of Personal Assistant, Counsellor, and Curator of Her Majesty the Queen. The fiercely protective Angela – cleverly dubbed “the AK47” – hasn’t left her side.

‘She was wrapping the Queen in cotton wool,’ a source told me over the summer. She was overprotective and made sure Her Majesty didn’t do too much.

A source familiar with Balmoral told me that the Queen has spent the past few weeks enjoying the country life she loved.

She and Philip were at their happiest in the Highlands, enjoying the presence of a fairly ordinary couple – it was no coincidence that she chose to post a photo of them together after his death.

In fact, only a few weeks ago the Queen was seen walking her dogs in the gardens, slowly and cautiously (like many elderly people, she was afraid of falling, especially in public, which is one reason she was so careful about what posts she chose to do in public). public areas) but outdoors though. 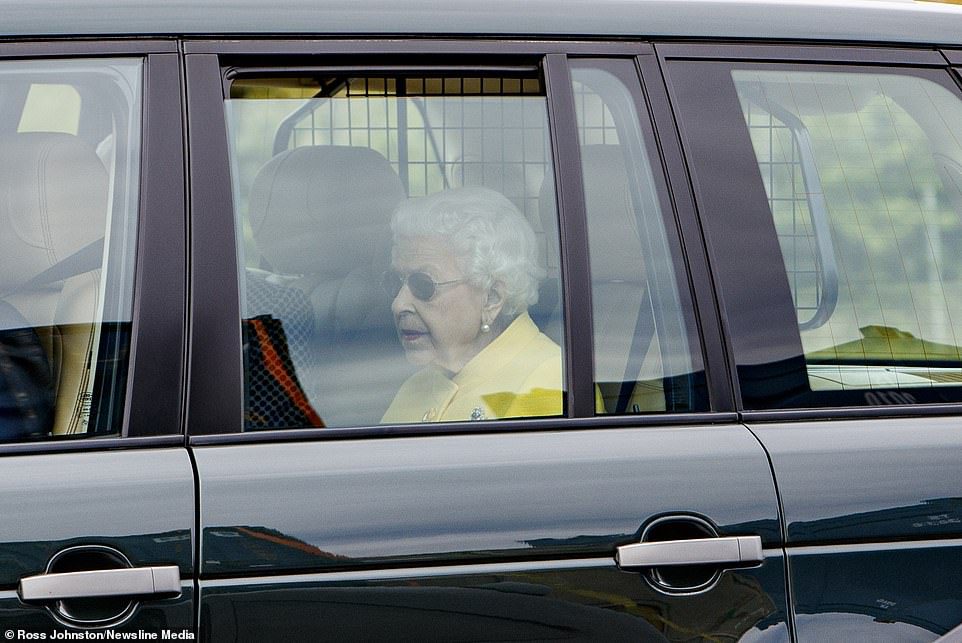 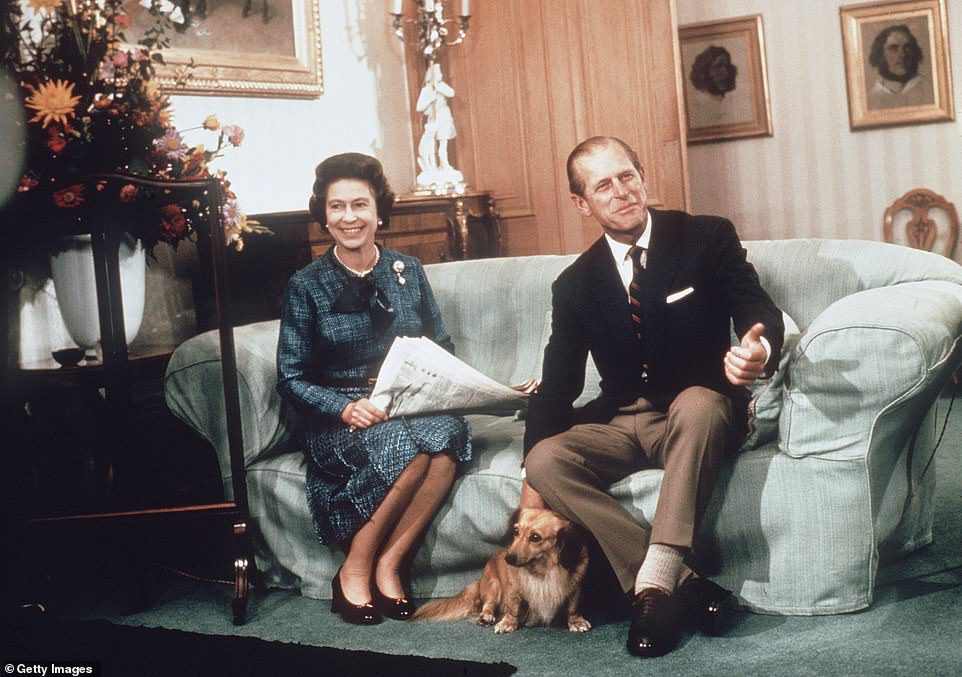 She and Philip were at their happiest in the Highlands, enjoying being a fairly ordinary couple 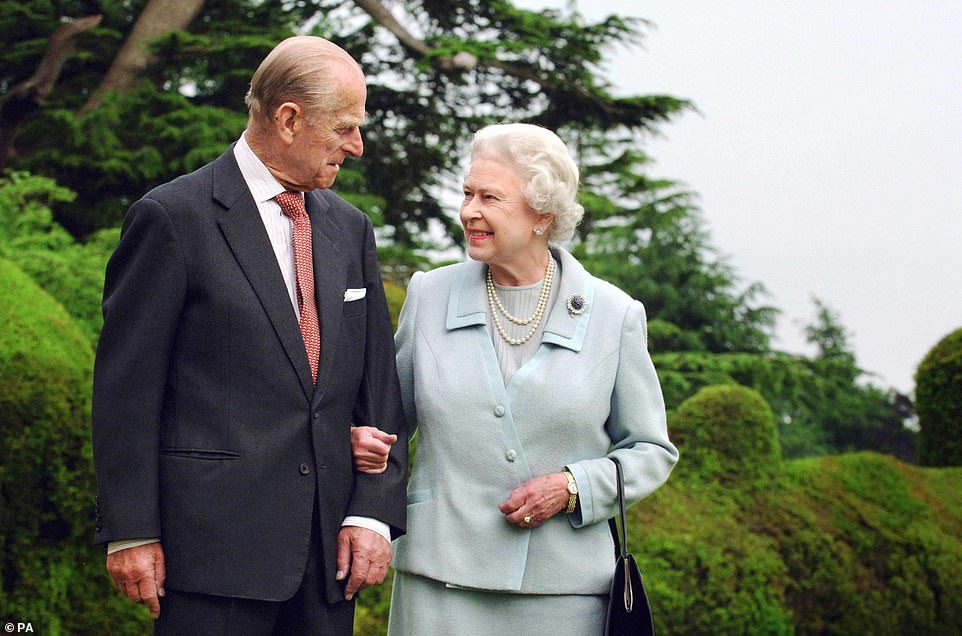 The Queen spent her last hours in the bosom of her family, in the place where she spent happy times with her beloved Philip. 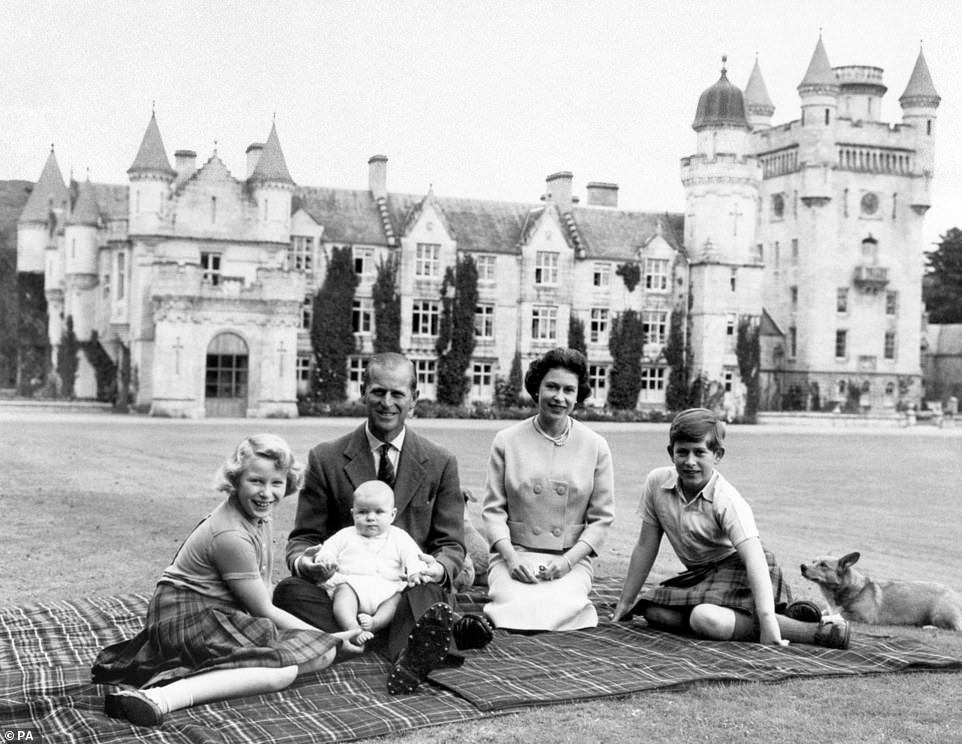 The late King was particularly comforted by the regular attendance of Prince Edward and his wife Sophie, who adored her like a second daughter, and the two children of her late sister Princess Margaret, Lady Sarah Chatto, and the Earl of Snowdon, of whom she was. Too smitten.

It was a very typical and fun summer in Balmoral, with lots of picnics, picnics and barbecues. It has followed the long pace set by the Queen and the late Duke of Edinburgh. The Queen was clearly not around the whole time but she was involved and was seen,” a source said at the time.

Another royal source who met the Queen just days ago described her as “in really good spirits”. “I know you expect me to say that but it really was,” they said, noting that her overnight retreat on Wednesday was surprising.

On Tuesday, she not only met her outgoing and incoming prime ministers, but took up a position and some light paperwork.

However, behind the scenes, concern was rapidly growing among Buckingham Palace’s top brass about what the Queen could expect to do when she returned to Windsor Castle.

They were really stepping it over so hard and warning people that now she got to the point that if she needed to do X, she couldn’t do Y, and that associations were the exception rather than the rule.

“But there has been a clear shift in the strength and urgency of the talks in recent weeks,” my source said at the time. 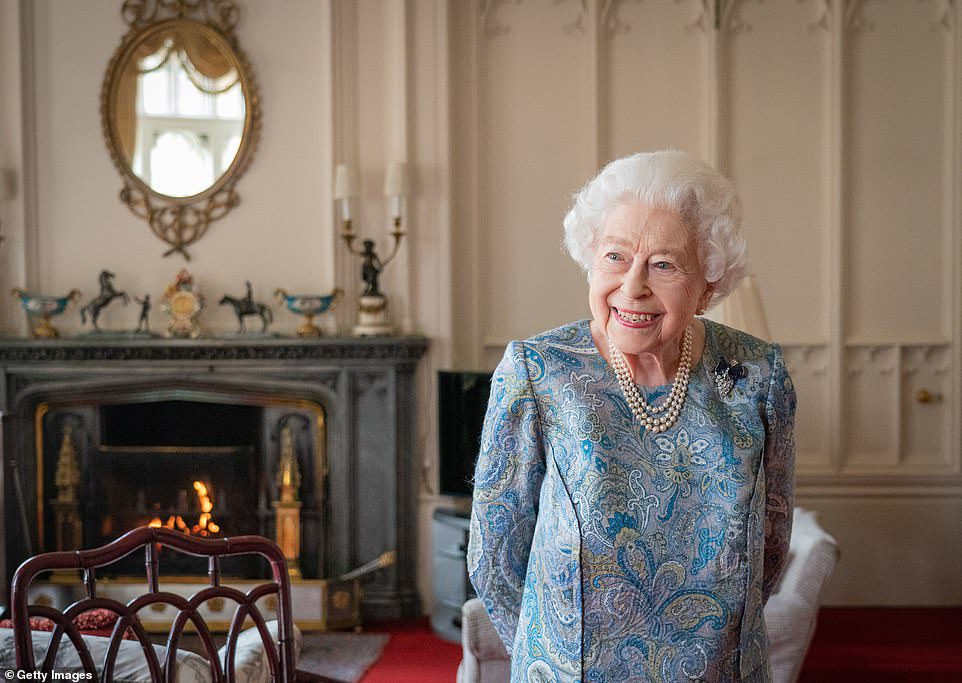 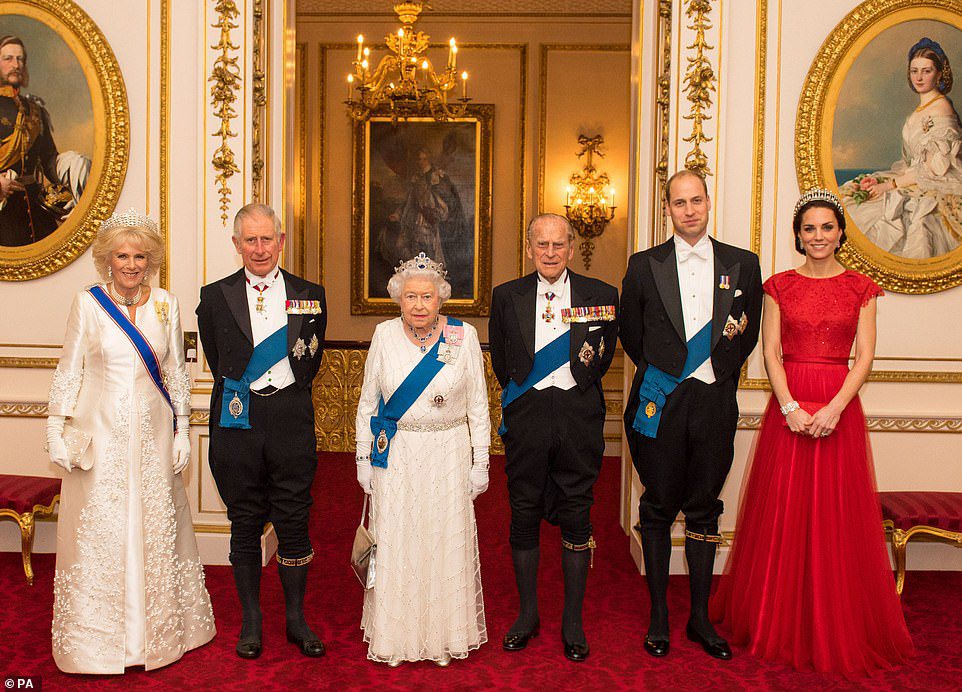 (from left to right) The Duchess of Cornwall, Prince of Wales, Queen Elizabeth II, Duke of Edinburgh and the Duke and Duchess of Cambridge at Buckingham Palace on December 8, 2016 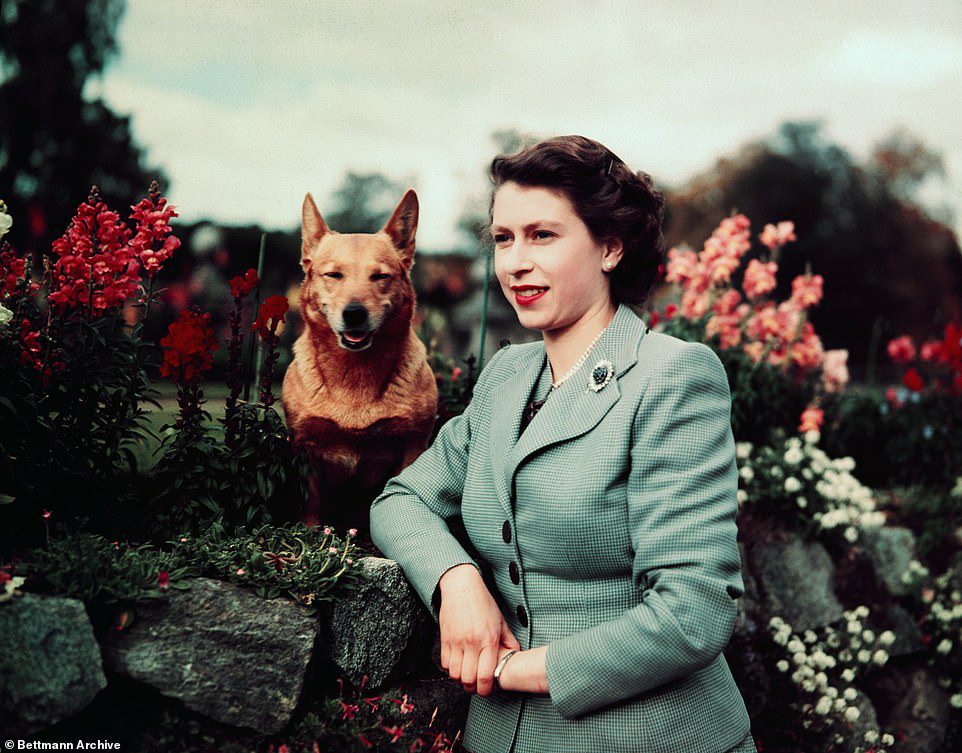 Just a few weeks ago, the Queen was seen walking her dogs in gardens – something she’s been doing for decades 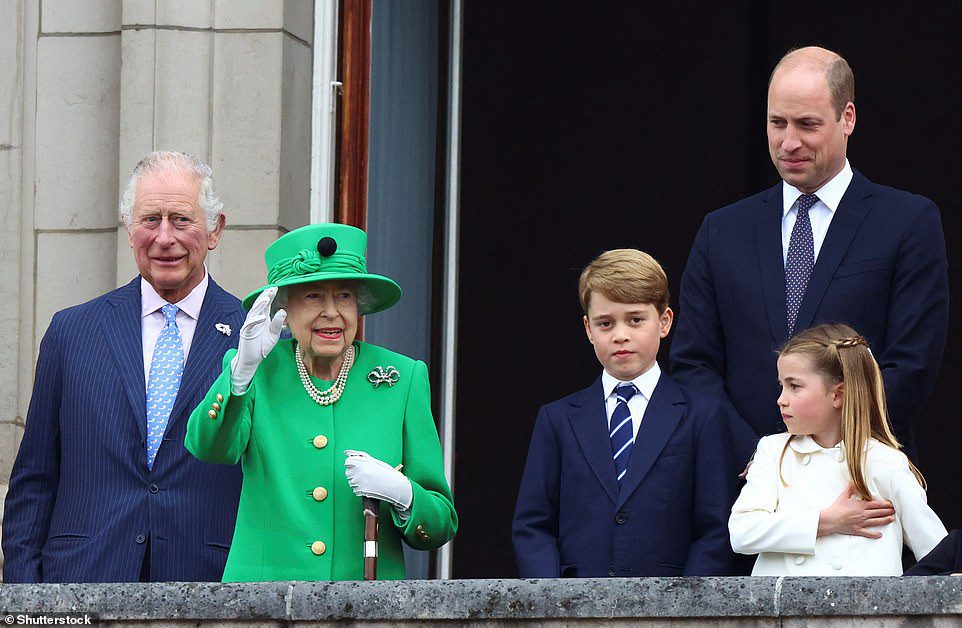 Prince William is now heir to the throne of the United Kingdom after taking over Prince Charles following the death of Queen Elizabeth II. Above: The Queen on Buckingham Palace balcony with Prince Charles, Prince William and his children, Prince George and Princess Charlotte during the Platinum Jubilee Competition in June

See also  Coffee Hota Hai: What's so special about Karan Johar, which begs the crowd for one more cup?

Indeed, I can reveal that for the past two weeks there have been high-level discussions between chief courtiers at Buckingham Palace and Clarence House–the likes of her private secretary Sir Edward Young, his number at Clarence House, Sir Clive Alderton, and Master of the Family, Sir Tony Johnston– Burt – On exactly what operational tasks the Queen would have been able to perform when she returned to Windsor in the fall, if any.

“It became clear to everyone that despite her mental agility, she was physically not up to the stress of the role and there were serious discussions about what tasks, if any, she could perform,” my source said at the time.

“Mechanisms have already been put in place to ensure that the Prince of Wales takes on most of his day-to-day responsibilities.” In other words, full guardianship in everything but the name.

Remarkably, on Tuesday night I got a call from a friend telling me: ‘It doesn’t look like the Queen will be back from Balmoral in October. Everyone in Windsor is deeply concerned about her.

It was long assumed, as I should explain, that after the death of the Duke of Edinburgh, the Queen would move to Scotland almost full time.

It’s something I know has been discussed within the royal family but has always been understood to be unlikely – for practical reasons like anything else. Buckingham Palace declined to comment.

Yesterday’s events have now transcended these matters. But we can surely have a glimpse of the relief that the Queen spent her last hours in the bosom of her family, in the place where she had spent happy times with her beloved Philip, gazing at the Scottish Highlands so dear to her.