Tom Brady He denies that he left the Bucs camp to be a contestant on the new season of “The Masked Singer”, but the show definitely leans toward the possibility that he did exactly that!!!

Check out this clip from next season TMZ Sports Happened… appears Ken Jeonga judge on the show, speculates that TB12 is one of the new celebs in disguise this year.

In the footage, you can see Jeong trying to guess who’s dressed as a hummingbird. The comedian says the look and performance “scream like a football legend.”

At first, he thought it could be so Peyton Manningbut then moves on to a different theory – “I think this could be the greatest of all.”

Kane adds… “He just got fined for not attending training camp because he’s here in ‘The Masked Singer’. That’s a seven-time Super Bowl winner Tom Brady!”

Of course, the clip is cut before we see who the contestant actually is… We’re not that good. Season 8 officially wrapped recording on August 20, but the show won’t start airing until September 21 — and Fox has been known to keep all celebrity IDs under lock and key.

For what it’s worth, Tom just happened Show at Bucs . Camp On August 22… Two days after the end of registration. 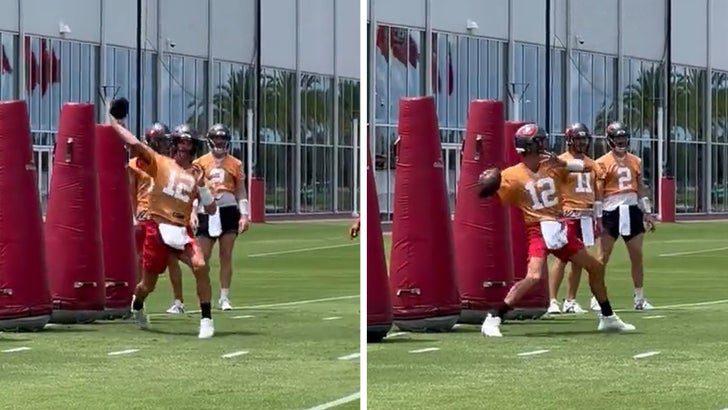 Despite this, Brady insisted that it wasn’t him… saying on his Twitter page on Monday that despite his missing 11-day Bucs training camp earlier this month, “[I] He wasn’t on the masked singer last week.”

The first rule of thumb on the show is that you don’t talk about the show… could it really be him?!

See also  NBA rankings, effects of playing in the last weekend of the regular season