It was a crazy house in the courtroom…When the trial first started, fans started lining up at about 5am outside the building – but now he’s off the rails with Amber on the podium. 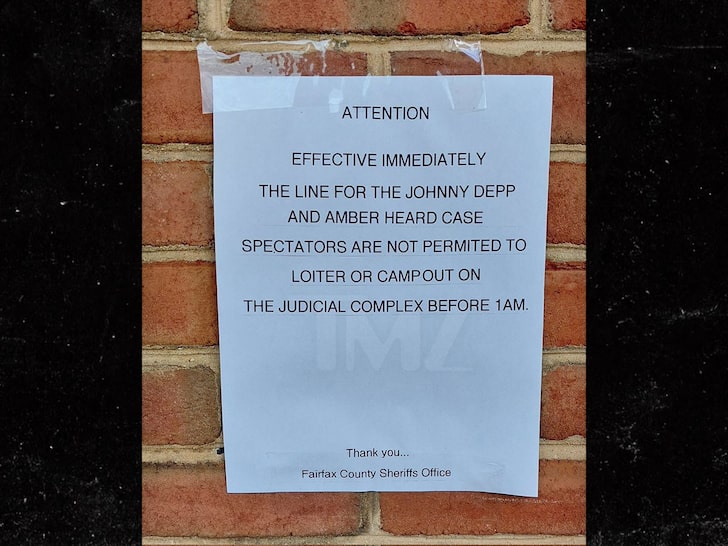 Fans started lining up at 10 p.m. on Sunday to start Monday at 9 a.m….just to get a glimpse of Amber… which caused the sheriff to post a banner the next day that read, “Effective immediately on line for Johnny Depp and Amber Heard Case viewers are not allowed to hang out or camp in the courthouse before 1 a.m..”

For the seat registration process, we were told that court officials have about 100 wristbands to distribute – on a first come first serve basis – for the main courtroom and an additional 100-150 bracelets for the overflow room.. and dozens of fans are still turning away.

Our sources say there were screaming matches when people cut the line. And get this…there is even a black market where people give cash to buy wristbands. 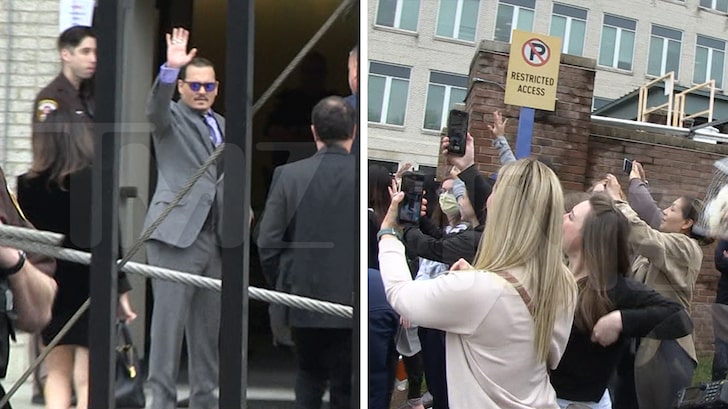 The crowd is almost entirely of Depp’s supporters… He got a huge welcome almost every day he arrived. It’s safe to say, even if the trial didn’t go his way – he’d still have plenty of fans to show their support.