– Hundreds of people were killed, tortured, and civilians were hanged. The bodies in the streets, the cut area, the bodies of the dead are also cut. The consequences of looting are everywhere … – The President of Ukraine noted. – It was on our land Cumulative evil: Murderers, executioners, rapists, robbers who call themselves the military. And only those who deserve to die after the act they did, he added.

He expressed the wish that the mother of every Russian soldier should see the bodies of those killed Buczy, Irpień, Hostomlu. – What did they do and why did they kill them? What did the cyclist on the street do? Why torture and kill ordinary people in ordinary city? Why did they tear the earrings from the women’s ears and strangle them? How did women end up being raped and murdered in the presence of their children? Torturing their body even after death? Why were human bodies crushed by tanks? What made your Russia a Ukrainian city? புச்சா? Asked the President.

He estimated that the Russian soldiers were killed emotionally and with satisfaction. – Your culture and human face is dead with the killed Ukrainians and Ukrainians – he returned to the Russians.

Zhelensky said a special legal mechanism would be set up in Ukraine to investigate every crime committed by the occupiers in Ukraine and bring those responsible to justice. The mechanism is to provide the cooperation of Ukrainian and foreign experts, investigators, lawyers and judges.

The President has announced War crimes in Bucza and other Ukrainian cities They will be the subject of a Tuesday session during the Russian occupation UN He said a new embargo would be imposed on Russia, but that this was not enough.

– Requests are still required. He added that not only about Russia, but also about the political behavior that allowed this evil to come to our land.

He was reminded that the weekend was over 14th Anniversary of the NATO Summit in Bucharest. – There was an opportunity to take Ukraine out of the shadow economy of Eastern Europe and from the shadow economy between NATO and Russia. The Gray Zone, which is considered to be the doer of anything in Russia, pursued the (active) head of state for even the most heinous war crimes.

Zhelensky said that in 2008 some politicians feared Russia and thought that by denying Ukraine membership in NATO, they could satisfy Russia and respect Ukraine. – Within 14 years of this miscalculation, Ukraine experienced a revolution, an eight-year war in the Donbass, and now we are fighting for our lives in the worst war in Europe since World War II – he stressed. 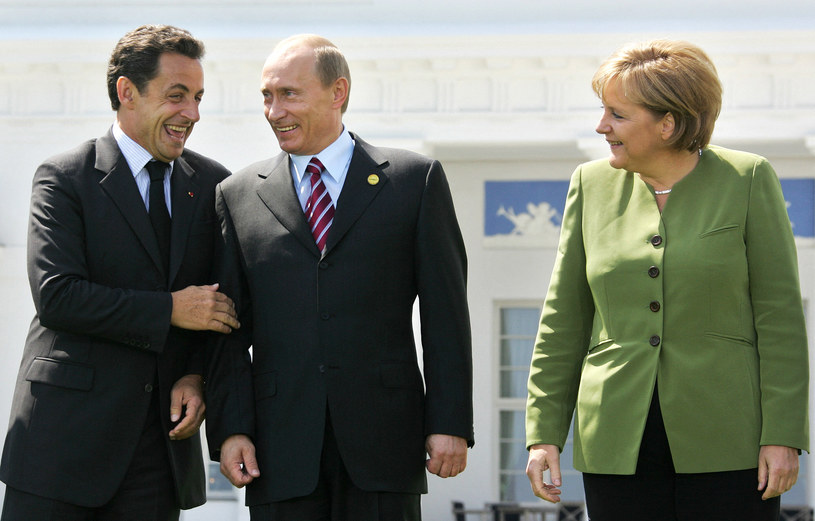 
The president added that he would call on the former German president Angela Merkel And former President of France Nicolas Sarkozy Look at what the policy of concessions towards Bucza – as he insisted – leads to Russia.

– I invite Ms Merkel and Mr Sarkozy to meet with Buxa and see what the policy of concessions on Russia has led to over 14 years – he announced. He pointed out that the two former leaders should go there to “see with their own eyes the tortured Ukrainians and Ukrainian women.”

He said it was time to do everything possible to turn Russia’s war crimes into the last manifestation of such evil in the world.

Earlier, Zelensky in a post on social media She returned to the mothers of Russian soldiers.

“Bucharest, NATO summit announcement. April 3, 14 years ago. There was an opportunity to prevent it. Russia will not come,” he wrote.

“Pucha, Kiev region. Now. Russia has arrived,” the president added, posting photos of the city in the Kiev region.

“I advise you to visit the mothers of the Russian army. Look at what bastards you have raised. (They are) murderers, robbers, and executors“- he said.

Terrible crime of the Russians. The Ukrainian footballer was found with his family in a mass grave