It’s over quickly! Earth records its shortest day on record as 1.59 milliseconds of rotation were shaved for 24 hours

By Alice Wright for the Daily Mail

1.59 milliseconds shaved off from the usual 24-hour rotation on June 29, raising the possibility of a leap second to keep the hours consistent. This will be the first time that global clocks have been accelerated.

The Earth’s rotation is known to be slowing down, since 27 leap seconds have been required to maintain atomic time accuracy since the 1970s. The most recent was on New Year’s Eve 2016, when the clocks paused for a second to allow the Earth to catch up.

There are other factors that can affect the length of Earth’s days including snow that accumulates on mountains in the northern hemisphere in the winter and then melts in the summer.

But since 2020, the phenomenon has reversed – the previous day’s fastest was 1.47 milliseconds on July 19 of that year. The change cannot be detected by humans, but it could affect satellites and navigation systems.

Experts say that “Chandler Wobble” – a change in the Earth’s rotation on its axis – may be to blame. “The amplitude of the natural oscillation is about four meters at the Earth’s surface, but it disappeared from 2017 to 2020,” said Dr. Leonid Zotov, of the Sternberg Astronomical Institute in Moscow. 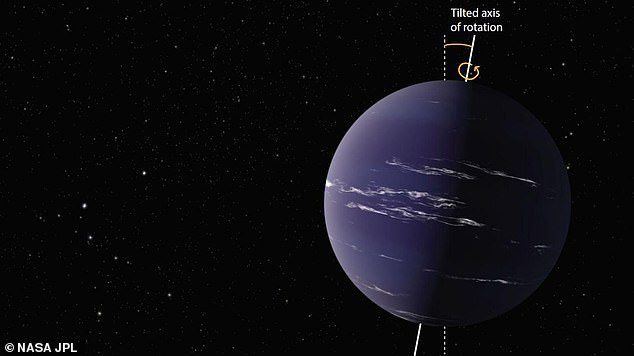 There are other factors that can affect the length of Earth’s days including snow that accumulates on mountains in the northern hemisphere in the winter and then melts in the summer.

Global warming is also thought to have an effect by melting ice and snow at a faster pace.

The International Earth Rotation Service in Paris monitors the planet’s rotation and will tell countries when leap seconds should be added or removed, with six months’ notice.