The wild show dropped over the weekend during Miami Art Week… when the contemporary artist OONA Performing “Milking the Artist” with Laurie Baldwin in front of a large crowd. 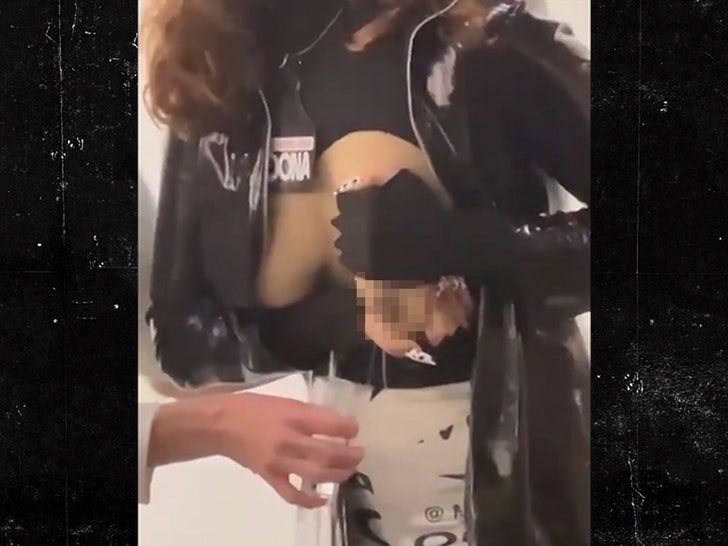 The show started with the two artists yelling about a female breast fetish before OONA started squeezing milk from her nipples. We must say, they look like they’re using a prosthetic, but the artist tells us, “They’re as real as you want them to be.” 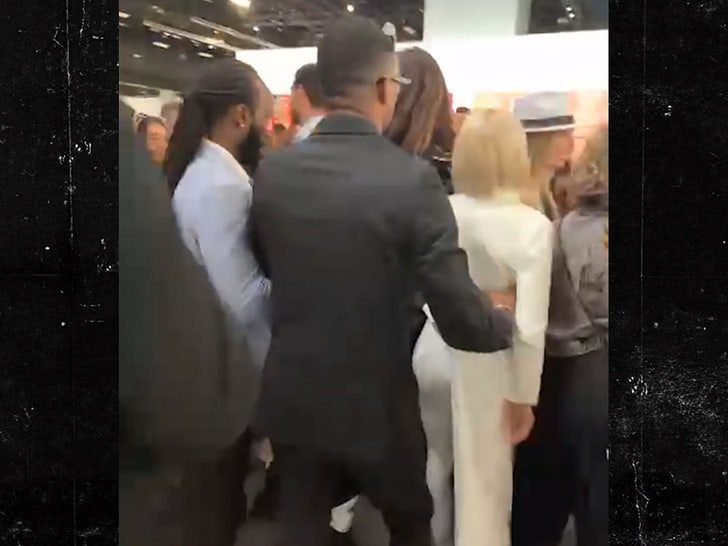 After the milk was auctioned off to the public—and fetched a bid of $200,000—the two were forcibly removed from Art Basel’s premises.

There is an ATM in Art Basel that, after you insert your bank card, displays your account value on the leaderboard 👀

Art Basel featured many interesting displays from the artists… including a huge bowl of eggs, and a tapestry portrait of salt n pepaand a fully functioning automated teller machine that publicly grades people based on how much dough is in their bank account.

However, it appears the security at the art gallery was lactose intolerant.